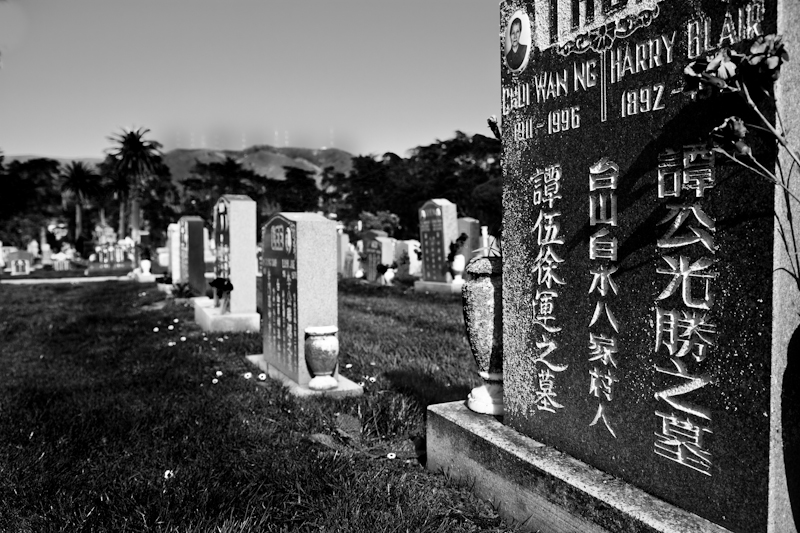 The Qingming Festival (æ¸…æ˜ŽèŠ‚, æ¸…æ˜Žç¯€, QÄ«ngmÃ­ngjiÃ©,Â or Ching Ming Festival in Hong Kong), Clear Bright Festival, Ancestors Day or Tomb Sweeping Day is a traditional Chinese festival on the 104th day after the winter solstice (or the 15th day from the Spring Equinox), usually occurring around April 5 of the Gregorian calendar. The Qingming festival falls on the first day of the fifth solar term, named Qingming. The Qingming Festival is an opportunity for celebrants to remember and honor their ancestors at grave sites.

The 2 columns of Chinese writing on the sides are of their names. The column in the middle tells where they’re from: Toisan city, White Water Village, 8 Family area/section.

I visited the village with my grandparents in 2001. I only have prints from my film camera. (i bought my first digicam in 2002). Perhaps I’ll scan the pictures from that trip some day.

Thanks for sharing what the tradition is about and your story. Great that you're exploring B&W!

Seven-Eleven Employee I pulled into