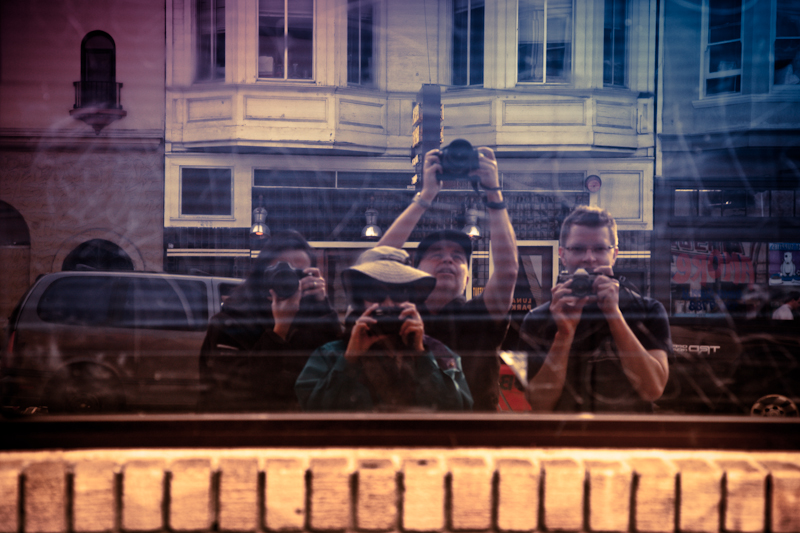 The Gang of Four was the name given to a leftist political faction composed of four Chinese Communist Party officials. They came to prominence during the Cultural Revolution (1966-76) and were subsequently charged with a series of treasonous crimes.

Not to worry, the Gang of Four in the image above is just a bunch of people who like to walk around the city with their cameras.

From left to right: me, Jeanne, Brad, and Jason.
Taken on Valencia St.

Admiration in the Mission
Ithaca

you would be a gangster…

Thank you card from parent

So sad about the Raiders.

Composite Photographs of San Francisco From the 1906 Earthquake and Today